For residents of P.E.E. and Hillview, the hills of Bukit Batok, Bukit Timah and Bukit Gombak were special to them as the estate was surrounded by these hills. Ex-residents will each definitely have their own stories to tell about these places.

I have previously blogged on Bukit Batok and Bukit Gombak but have yet to touch on Bukit Timah.
I will do this once I gather my thoughts. Soon.

For now, I want to share with everyone some very rare pictures of Bukit Batok hill itself.
As we all know, the Imperial Japanese Army built the war memorial on the summit in 1942.
This memorial, called the Syonan Chureito, was destroyed after the Japanese surrendered at the end of WWII.
Contrary to popular misconception, it was not destroyed by the returning British but was actually dismantled by the Japanese themselves. Their reason was to prevent the desecration of the memorial by the returning British forces. The ashes of the Japanese dead from the shrine were re-interred at the Japanese Cemetery at Chuan Hoe Road at Yio Chu Kang. 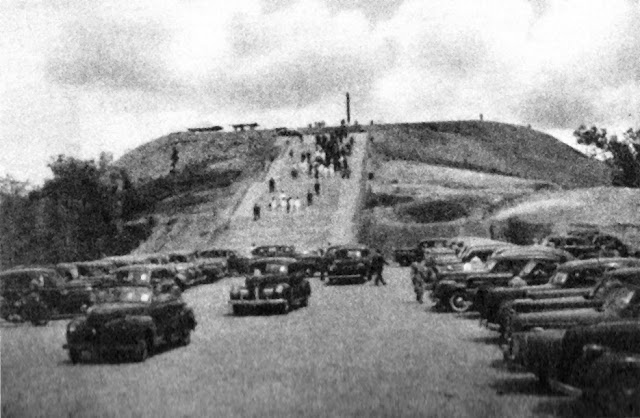 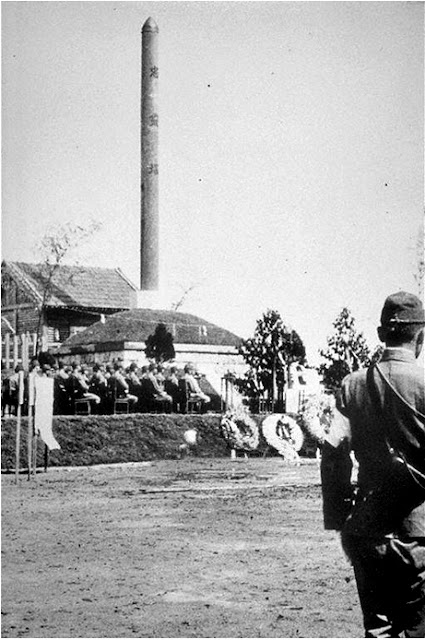 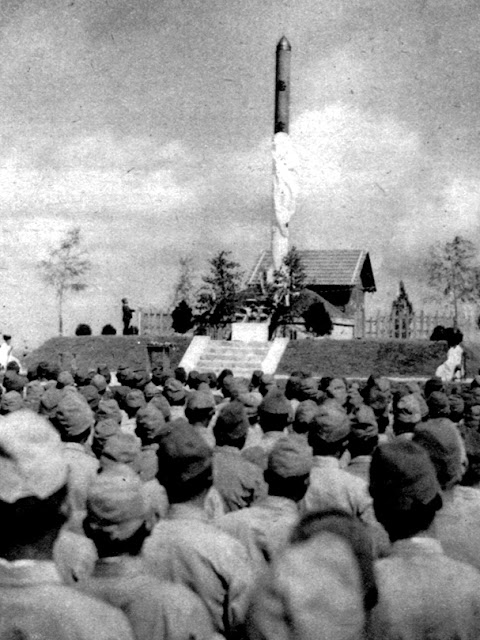 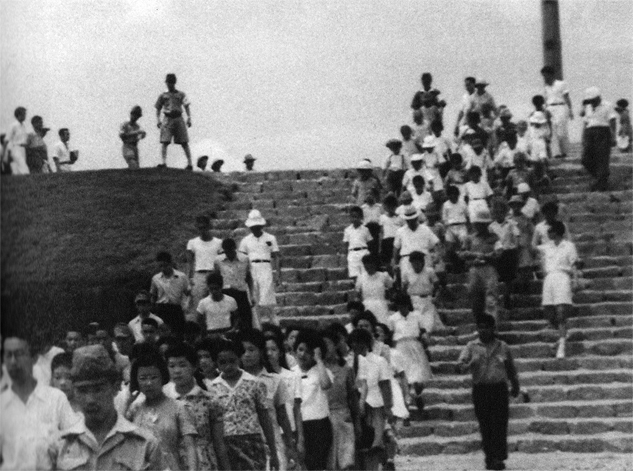 Here is a picture comparing the area in 1950s and today in 2012. I have marked out the original Jurong Road (in white) on the 2012 section for your reference. Click on this picture for a detailed view. 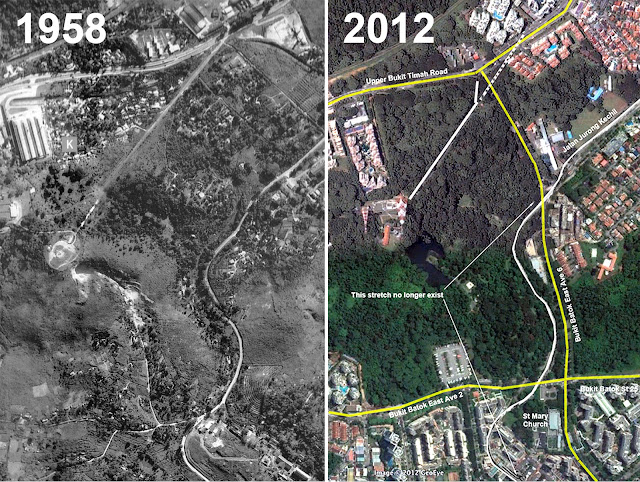