In the early 1970s, the Housing and Development Board (HDB) announced the building of a new Bukit Batok Estate that would "serve as an extension of Princess Elizabeth Estate". This was long before the construction of the later Bukit Batok New Town that would be carved out of the rural Jurong area.

When completed, the  Bukit Batok estate was renamed Hillview Estate. It was located adjacent to the old SIT Princess Elizabeth Estate, along Hillview Avenue, off Upper Bukit Timah Road. Hillview Estate comprised 13 blocks of flats, with a food centre, a wet market, a new community centre and a row of 2 storey shophouses. These were constructed between 1975 and 1978. 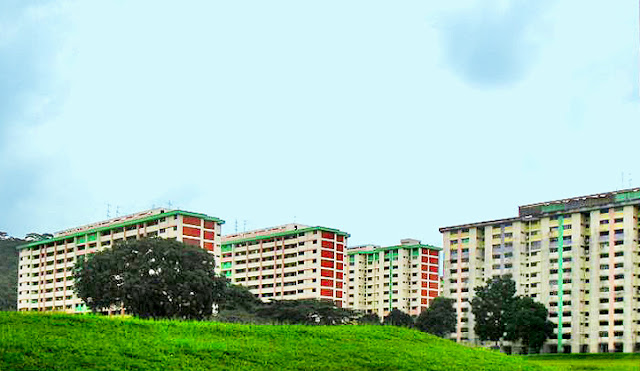 The design of the HDB flats was of the then standard slab block type comprising 3 and 4 room flats. In addition, there were three 20-storey blocks of 5 room flats which had a good vista of Bukit Gombak, Dairy Farm or Bukit Timah Hill. A planned block (blk #9) of 2-room flats was never built.

The building of the new Hillview Estate actually hastened the demise of the older Princess Elizabeth estate. The government's focus then was on home ownership and P.E.E. residents were encouraged to purchase flats at Hillview Estate instead of relying on rental from the HDB. Rent for a SIT flat at that time was between $24 to $46 a month! However, government policy at that time was home ownership and thus, as residents slowly moved away, the old SIT flats were mothballed and not released for further leases.

The shopkeepers and market stall vendors at the old P.E. Estate were given options to move into the new wet market or HDB shophouse at Hillview Estate. Sadly, this migration left P.E.Estate looking somewhat like a ghost town by the mid 1980s when all the P.E. residents were finally evicted and offered alternative homes at Bukit Gombak.

Hillview Estate itself lasted till 1999 when it was placed under the biggest HDB SERS* relocation plan. The entire estate was to be demolished and residents were moved enbloc to new HDB homes at Bukit Batok New Town. (*SERS= Selective Enbloc Relocation Scheme)

I had relatives in 4 families living at Hillview at that time and I know that there were lots of unhappiness over the SERS program. Many residents felt betrayed as they were promised new amenities and improvements to their estate by politicians. Instead, after deposing the opposition who ran the constituency, the residents were informed of the destruction of their neighbourhood.

Like Princess Elizabeth Estate which was bulldozed in the late 1980s, Hillview estate was torn down in 1995 and the area left vacant until 2010 when the land was sold to condominium developers.

I would love to hear from ex-residents of Hillview Estate and if you do have a photo you would like to share, please send it to me here.
- May 18, 2012 8 comments:

Where are these Artisan Quarters?

I found a close up picture of the Princess Elizabeth Estate artisan quarters.
As far as I know, the only SIT development that had this kind of design was built only at PEE.
That is why I am sure that this row of houses is at Princess Elizabeth (but I could be wrong...details further on) 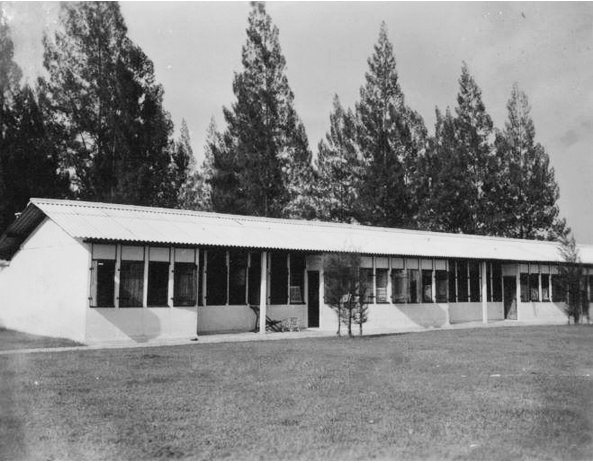 16 rows of this design were built as a result of the Princess Elizabeth Wedding Fund, catering to the housing needs of the low income people after the post war period. The SIT enlarged the development of Princess Elizabeth Estate by building the multi-storey blocks adjacent to these single storey units.

In other words, there were actually 2 different sections to Princess Elizabeth Estate. The single storey artisan quarters were built from the contributions and donations to the Princess Elizabeth Wedding. The multi-storey section were built with funding directly from SIT and not the Wedding Fund.

If you delve into the development history at that time, you'll find that there were disagreements and squabbles leading to delays and finger pointing among the colonial depts, the municipal commissioners, the Wedding Fund committee and the SIT over who should build, collect rent and even administer the estate. Eventually, the SIT was 'appointed' to lead the development, build and administer the estate.

In the above picture, I am unable to identify which block this is due to the lack of surrounding features. Even the tall Casaurina trees throw me off track as I can't recall any Casaurina trees behind any of those row of houses. Can anyone attempt to place these units?

Worse comes to worst, I may be totally wrong as this row of houses may not even be at PEE !
The reason I say this is that I do not recall that the front door of the artisan quarters being in a perpendicular position to the recessed windows. Or did some units have them?


By the way, the picture above was extracted from the National Archive of Singapore photo website.
This is their PICAS site. You can view lots of old pictures of Singapore at this site.
In fact, many years back I spotted a photo of the old shop market that was built at PEE in 1967.
However, I remembered it was mis-labelled and up to today I am still hunting for that particular picture amongst the many thousands. I hope to find it in the archive and put it up here.
Can you help to search as well?

This is a sketch of how that picture looked like....

Email ThisBlogThis!Share to TwitterShare to FacebookShare to Pinterest
Labels: artisan quarters, Princess Elizabeth Park
Location: Elizabeth Dr, Singapore
Newer Posts Older Posts Home
Subscribe to: Posts (Atom)
If you have lived at Hillview or Princess Elizabeth Estate, this blog was written specially for you. Join me as I recall stories from the past about the area.
Introduction