I was seven years old when my family shifted house in 1954 from a kampung at 6 milestone Bukit Timah Road to block 23, Princess Elizabeth Estate.

Like any other Malay Muslim parents, my parents wanted their children to have an Islamic studies background, which in those days would have meant possessing some basic knowledge of Quranic reading.

For me and my siblings, our Quranic lessons was at the home of a housewife, Mdm Sahorah binte Ahmat, at block 24 Elizabeth Drive (7 storey). Madam Sahorah did not accept any payment for the good deed, possibly because her husband Pak Chik Amir was a friend and office colleague of our father. In lieu of payment, we performed simple chores like watering the potted plants at the corridor of her house and playing with her young son Raphael. For she must have thought those were the things we as children could do.

Attending the Quranic class was something not to be feared or avoided for me and my siblings, as it otherwise would  have been for other Muslim children. I suppose it was mainly because Madam Sahorah was not always at home, which therefore meant there were very often no lessons for us.

Moreover, this likeable woman would always treat us to many types of cookies and cakes she had in her house. That would in a way explained why we enjoyed being in her house, perhaps more than the imparting of her religious knowledge to us.

Mdm Sahorah was no ordinary housewife we learnt afterwards.
She was a political activist for the United Malay National Organisation (UMNO), which was a rarity for a Malay woman in those days.

But Mdm Sahorah was not the only UMNO activist staying at block 24.
There was also the UMNO Secretary General, Encik Selamat bin Samsuri, who was another of my father's friends.
Though I am not too sure whether the the good man was holding that position in Singapore UMNO or only for the Bukit Panjang Branch while he was staying at block 24. But that he had held that high position was a matter of fact.

In the 1950s, Singapore UMNO was a branch of the UMNO of Malaya.
It was therefore not surprising to hear a story from Encik Selamat, told to me, on several occasions when we both served in the Ar-Raudhah Mosque (Bukit Batok) building committee in the 1980s.

I remember him saying that the he was amused whenever he reflected on an event which happened  about three decades ago. It was on 30 August 1957, when at the stroke of midnight, at the small plot of land in front of block 24, UMNO Singapore members raised the Malayan flag, singing 'Negaraku', the Malayan national anthem to celebrate Malaya's independent from Great Britain. Kelakar (comical), he chuckled, of the flag raising ceremony. A misplaced event he thought. Although he did not join the PAP like many of his UMNO colleagues, Encik Selamat had always spoke well of the ruling party.

A historic political event
Unlike Encik Selamat, Mdm Sahorah, who had been a tireless UMNO member working the kampungs at Dairy Farm, Chestnut Drive and Bukit Panjang, changed her political party affiliation.

Mdm Sahorah stood for election to the Legislative Assembly in 1959 as a PAP party candidate.
She was elected as the Assemblywoman for the constituency of Siglap.
Mdm Sahorah then left Princess Elizabeth Estate to live at Dido Street in Siglap.
Who would have expected that a simple housewife, whose roots began at Seremban, Negri Sembilan would become an Assemblywoman in Singapore?

Mdm Sahorah, who was hospitalised at the time, was dragged out from SGH, brought to the Legislative Assembly House in an ambulance and carried to the chamber to cast her vote.
With her vote, the government obtained 26 of the 51 votes cast.

Recently, one of my blog readers emailed me after coming across my Rail Mall article.
She wanted to know if I had any old photos of Fuyong Estate where Rail Mall is located and where she is presently living.

My biggest surprise when I replied to her was when I realised that she lives in the house that is next to the one where I used to live. She would have been my immediate neighbour had I not moved away! But then, that was years ago, while she just moved in recently. She loves the ambience of the small estate but unfortunately is having some issue with soil movements, perhaps due to the underground MRT tunnels being dug beneath or from some other causes.

She was hoping I might have some photos of the area behind Rail Mall which borders her house.
If you have been to Rail Mall, you would know that there is a service road that runs behind Rail Mall. The road divides the estate from the shopping arcade.

I told her that during my time at Fuyong Estate, there was no road behind those rows of shophouses that would later be converted to become Rail Mall. There was only a footpath wide enough for, believe it or not, the night soil carrier to perform his cleaning operations each day. The service road was created to serve Rail Mall in recent years.

Fuyong Estate was built in the 1950s starting with the row of Worker's Houses fronting Upper Bukit Timah Road.
Being the nearest private housing development to Princess Elizabeth Estate, it was seen as the upmarket neighbourhood to aspire to. It comprised single-storied bungalows, semi-detached houses, a few rows of terrace houses and some doubled-storied semi-detached units. In all, about a hundred houses in the estate.
These were served by several shophouses consisting of provision shops, laundry, hairdressers, charcoal shops, and other sundry shops. These all fronted Upper Bukit Timah Road. The shophouses were converted to Rail Mall in 1995.

When my parents moved from Princess Elizabeth Estate to Fuyong, I was really happy because I had an entire bedroom for myself. This was not possible in our previous small S.I.T. flat. I also vaguely remembered that the house was priced about $7K at that time. Even then this was a princely sum. Recently I read that houses there now sold for over $1m! Maybe we shouldn't have moved away that soon? 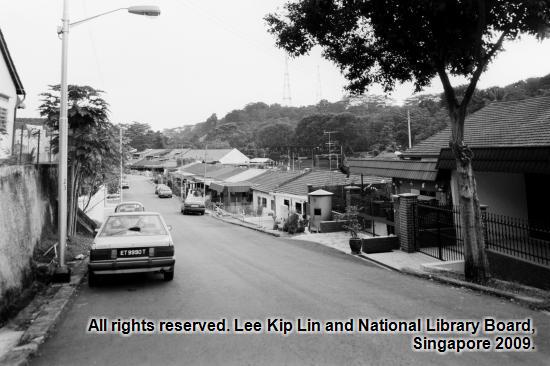 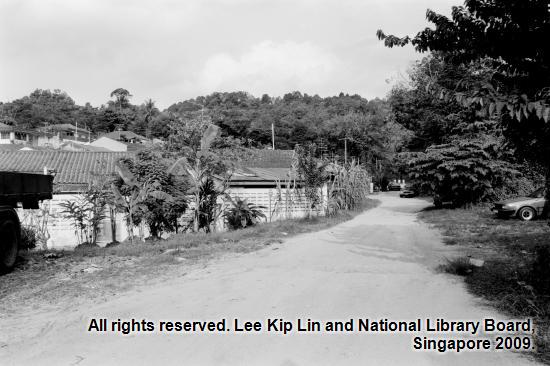 There were also 2 kampongs that grew as an annex to the estate. One was a Malay kampong at Lorong Chamar that was built behind Fuyong on the higher elevation of the hill slopes. The other was a Chinese village that was known as Kampong Chia Eng Say. This was located between Fuyong and the Singapore Granite Quarry. Both these kampongs were demolished and the squatters re-settled by the government years ago. 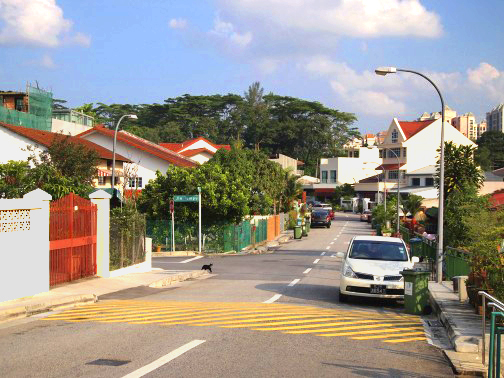 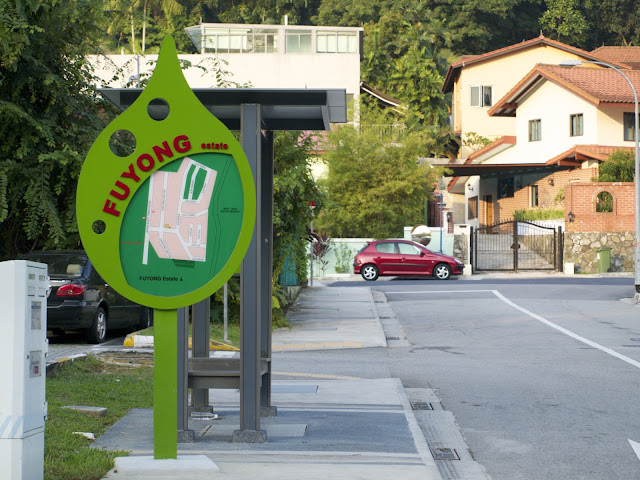 Email ThisBlogThis!Share to TwitterShare to FacebookShare to Pinterest
Labels: Bukit Timah Hill, Fyuong Estate, Jalan Asas, Princess Elizabeth Estate, Rail Mall, Upper Bukit Timah
Location: Jalan Asas, Singapore
Newer Posts Older Posts Home
Subscribe to: Posts (Atom)
If you have lived at Hillview or Princess Elizabeth Estate, this blog was written specially for you. Join me as I recall stories from the past about the area.
Introduction