Following my earlier article, I found an old newspaper cutting with a vintage photo showing the Eveready battery factory at Bukit Timah. This was the old Union Carbide facility at Hillview Road. The newspaper cutting was from 1961. Unfortunately, the quality is not good but many ex-Princess Elizabeth residents will remember this plant.


This factory, built in 1947, sat on 25,000 sqm of what was formerly a rubber plantation belonging to the Lee Kong Chian family. Called National Carbon before the name was changed to Union Carbide, this factory produced only the zinc carbon Red and Black Eveready batteries.  Energizer brand batteries were produced much later at another Union Carbide plant at Jurong.

Not many people are aware that the Hillview area was mainly rubber plantations before WWII.
There are some remnants of rubber plantations still to be found at Hillview but access to these areas is difficult as it is found on the upper reaches on the southwestern slope of Bukit Gombak. 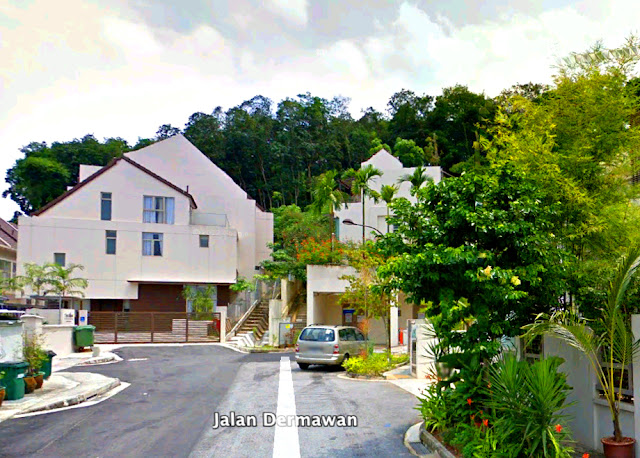 You can still see part of an old rubber plantation that lies beyond the Bamboo Grove Park housing development at Jalan Dermawan.  However, the forested area is fenced and access is denied being located within the Mindef security area.
- November 05, 2012