Gotong Royong is a Malay phrase depicting the ideals of community self help and  neighbourly assistance. For example, everyone pitching in to help with the arrangements of a neighbourhood wedding, cooking, cleaning, entertainment, etc.

In 1974, the authorities started another one of their many campaigns. This was styled Gotong Royong with the aim of getting citizens interested in community work. Though the concept was borrowed from the Malay connotation of self help, it was more perceived as getting groups of people to maintain their own surroundings instead. I guess it didn't work out after all since the results today smack more of self interest kiasuism than any sense of community!

Anyway, the campaign in the Bukit Batok district was launched by the MP for Bukit Batok, Mr Chai Chong Yii on 17 March 1974.  The launch location was at Princess Elizabeth Estate School.

The following photos are from the National Heritage Board and shows the launching of the Gotong Royong campaign. If you were at P.E.E.S. in 1974, you might be in one of these pictures. Do drop me a comment if you remember the occasion. 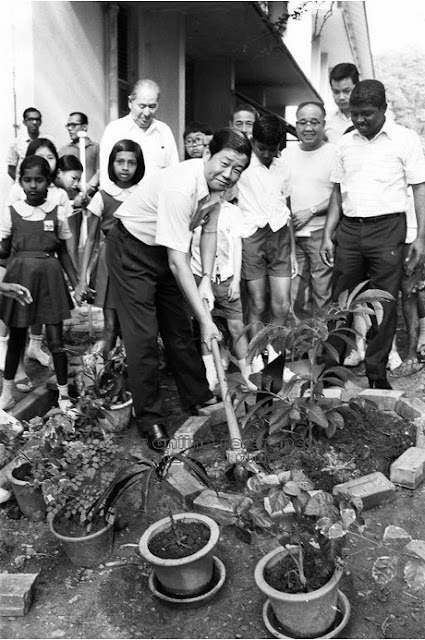 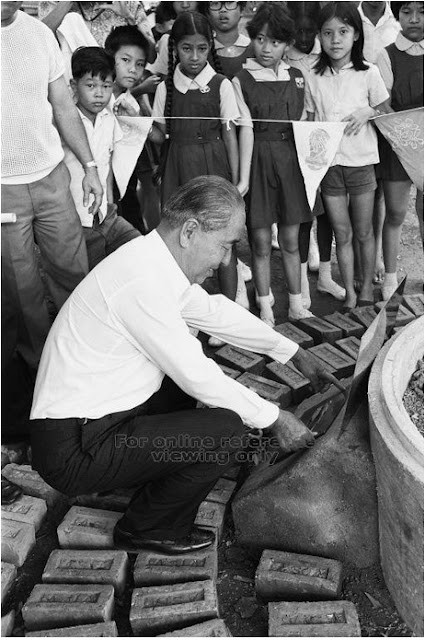 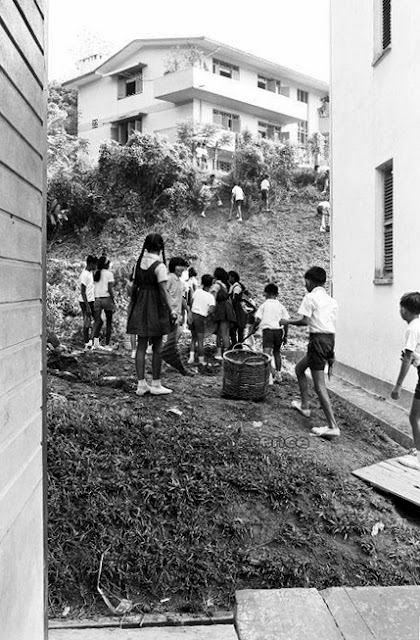 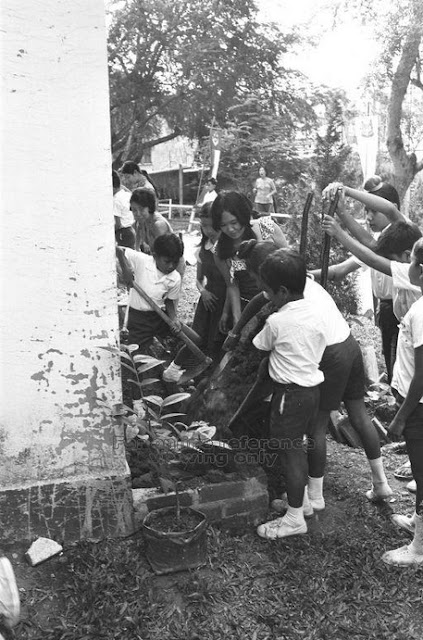 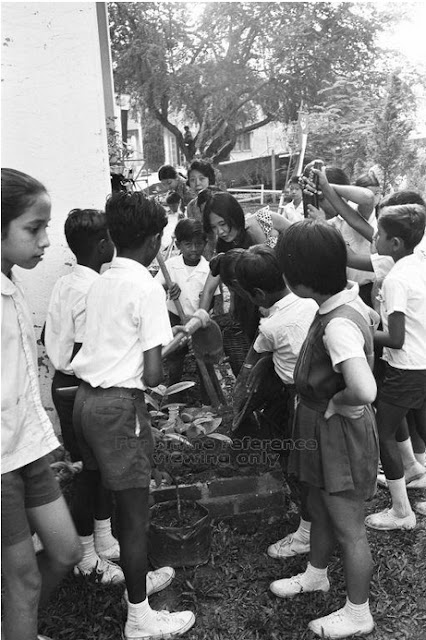 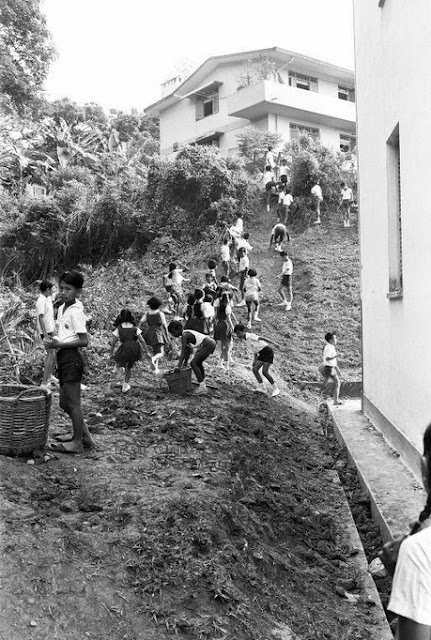 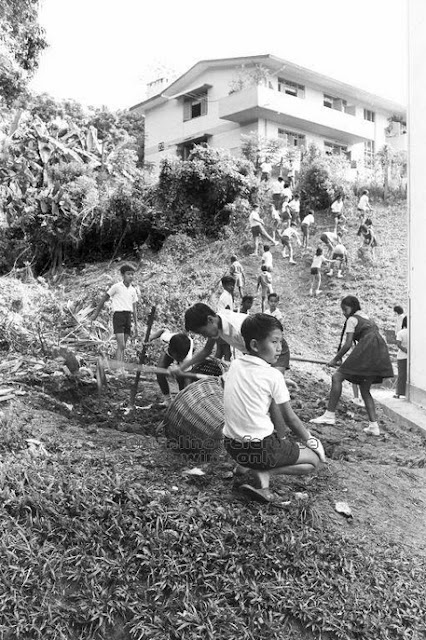 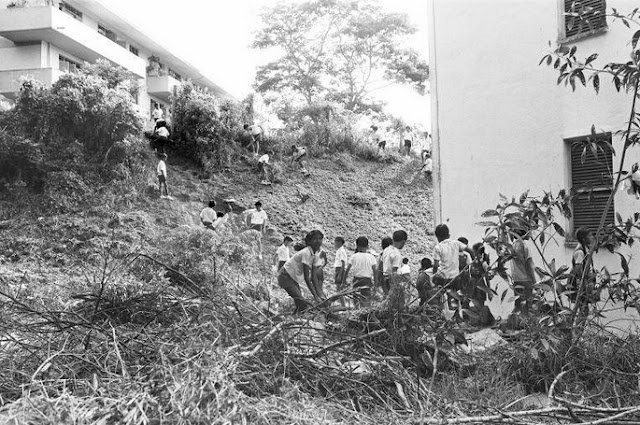 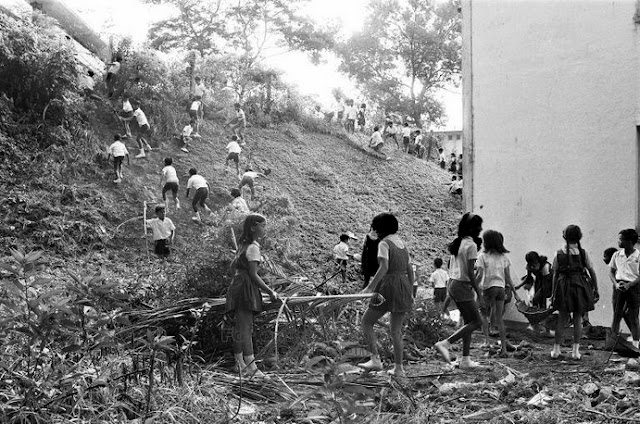 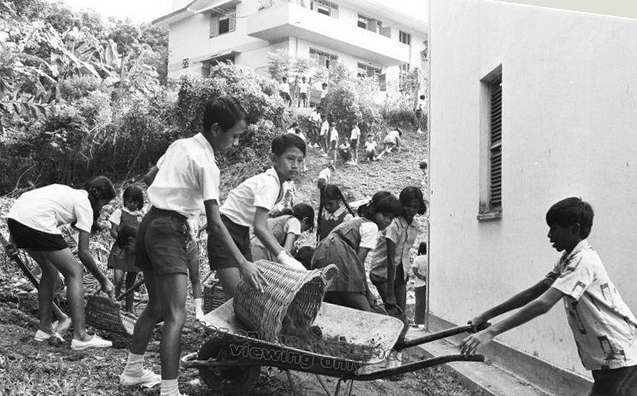