Princess Elizabeth Estate was built as a 'modern' estate with proper electricity supply, water and, more importantly, modern sanitation. Back in the 1950s when it was built, Singapore was still very 'backward' with regards to sewage systems. The norm at that time was still the 'bucket' system, if there were any at all.

As a result, every home at P.E.Estate had a W.C. flush toilet, something we take for granted today, but it was a real blessing at that time. The sewer system led to a treatment plant that was located within Princess Elizabeth Estate itself.

You would be greeted by an unusual structure. Two huge circular tanks. Each with a rotating arm like the hands of a clock that was constantly pouring water out from holes along the rotating arm. The spray of water was onto a bed of granite stones that seem to fill the entire tank to the top. 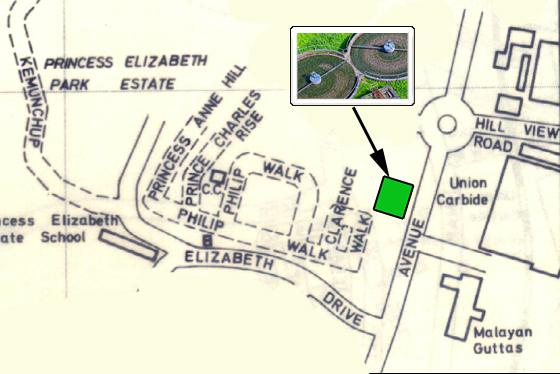 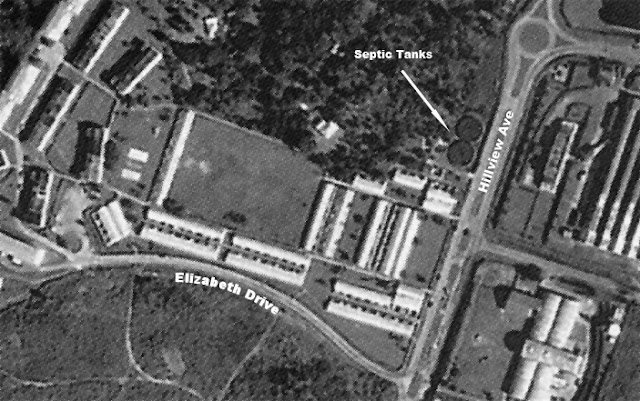 As a child growing up in P.E. Estate, I didn't know what these were at that time.
I recalled my mother used to say it was the 'septic tanks' but it was meaningless to me.
All I knew was that when we were going home from an outing and saw this 'landmark', it meant that we were about to arrive home!