It goes without saying, a blog on P.E.Estate will never be complete without mentioning our old alma mater, the Princess Elizabeth Estate School. Started in 1955, a whole generation of children, especially those from P.E. Estate, will have enough stories to fill up an entire blog of its own! 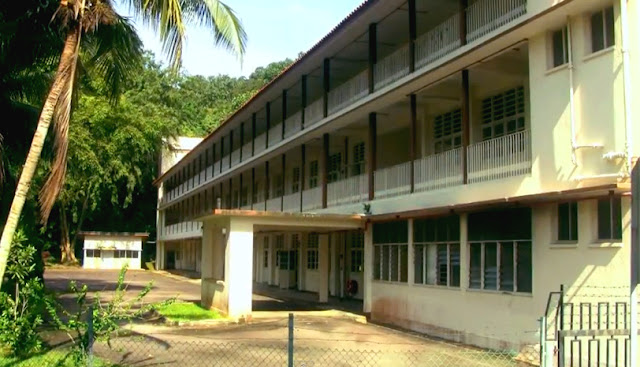 Whenever I recall those school days, I fondly think of the teachers and events that were a part of my childhood. I remembered my Principal Mr George Catherasoo, who drove his white Volvo and was always dressed in his starched white shirt and pants. My form teachers, Ms Tan Gek Eng, Miss YH Chew, Mrs Lee Siew Choh, Miss LK Goh, Mr Liow Poh Yong and finally the frightening Mr Jimmy Tan Cheng Kwang!  So many tales to recall  about the tuckshop, the school field, and especially all the close friends we had all those years.

My dad also had close ties with the primary school. No, he wasn't a student there but for many years he sat on the school advisory committee and assisted in the development of the school programmes. 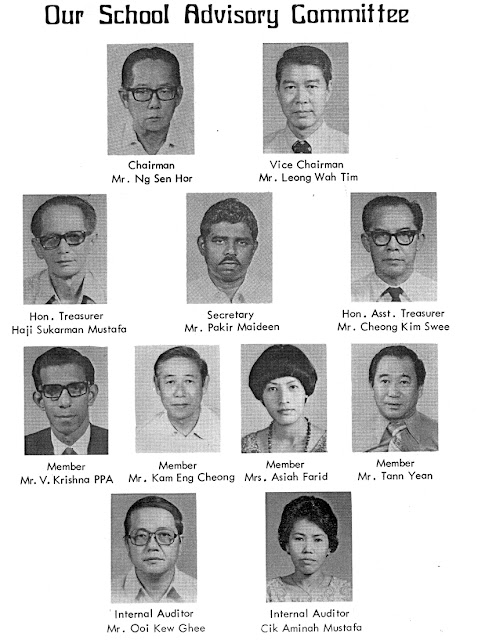 I am sure that there are lots of stories just waiting to be told! I hope those reading this will share theirs with all of us. Here are some picture from the later years.

If you were an ex-student or staff from PEES, please leave a comment and share your stories here.

I leave you with an anecdote which I commented on my friend Lam Chun See's Good Morning Yesterday website about my P6 days at PEES. I am sure many of you can relate to it.

During recess or after school, we P6 boys would always run to the small school field, play hatam bola or shoot arrows using lallang. We would run to the furthest end of the field, jump over the drain and there was an area with lots of tembusu saplings and small trees, like a jungle.
We would play in that 'jungle' often. The P6, P5 and P4 boys would each have their own special area in that jungle.
We would sometimes run up the slope above the field retaining wall to the top and look down onto the field and school. The slope was covered with shrubs and we would bash through till we reach the rocky stream at the other end of the field.
The stream had lots of crabs under the rocks. The rocky stream flowed from Bukit Gombak down the side of the field and was joined by another stream flowing from Lor Kemunchup, they joined and flowed under the bridge that led up the elevated school field.

About 8 years ago, I had a chance to return to the old PEES building. My company was a major Red Cross sponsor and there was a big PR event at the Home for the Disabled. I took the opportunity to visit the school which had then converted the classrooms into wards.

I wanted to look at the old school field.
Walked acrossed the tiny 'bridge' and walked up the elevated steps.
OMG! The field was so tiny. Was this the field we played on?
Yes it was. The retaining wall was still there, the drain at the end was still there,
but I couldn't believe it.
It seemed so HUGE when we were pupils then!

Now when you think about it, the field had hardly contained more than the netball court.
I guess it was all relative when we were small kids.


Here is a picture of the school field taken in 1960 or 1961.
(Courtesy of Anne Duncan Moss, Melbourne Australia)
The slope in the background was part of Bt Gombak and as yet unfenced. The lower portion was the 'jungle' that I mentioned above. Bamboo Grove Park would be built later in the decade on that hill.