Brenda Low was my neighbour who lived a few houses away from me. She now resides in Australia.
Here are some treasures she sent me. Thanks so much Brenda.

These were taken when we were kids (duh, it's obvious isn't it?)
She thinks it was actually taken at my home and not hers, but we're not too sure about that.
The other photo is from her Primary One days at PEES.
We are still working on trying to identify all of them.
If you recognise anyone, we'd be most pleased to hear from you. 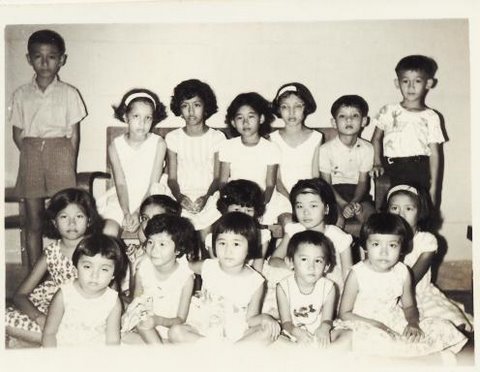