Amoy Canning Corpn was built in 1951 at the 8ms. Upper Bukit Timah Road. It was considered to be at the southern end sector of the 'Colonial Industrial Estate'. Across the road was the Singapore Cold Storage Magnolia Factory.

I do not know much about this factory, only that I used to pass it everyday on my way to school in those days. The factory started off processing soya sauce but its most famous product was the 'Green Spot' orange drink.

In fact, the most prominent thing about this factory was a giant replica of the Green Spot bottle facing Upper Bukit Timah Road. Travelers going down the road cannot fail to notice this landmark. It was astute advertising even in those days! The bottle was on a revolving platform and that made it stand out even more. 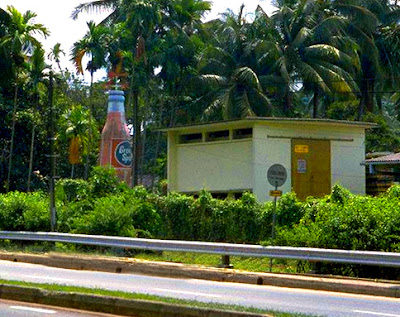 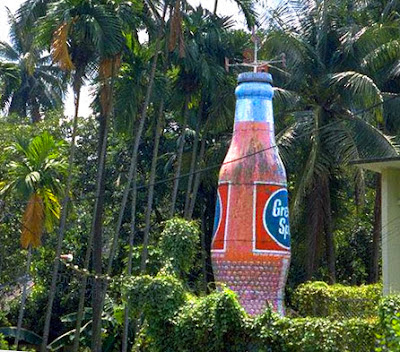 
Beside Amoy Canning was a former rubber factory but this was later replaced by the Hock Soon Industrial Warehouse. I remembered that Kah Motors had one of its Honda showroom at Hock Soon Warehouse.
Further down was a Chinese kampong originally called Kg Quarry but later known as Yuasa Barracks.
Today, this entire stretch has been completely replaced by condominium developments.