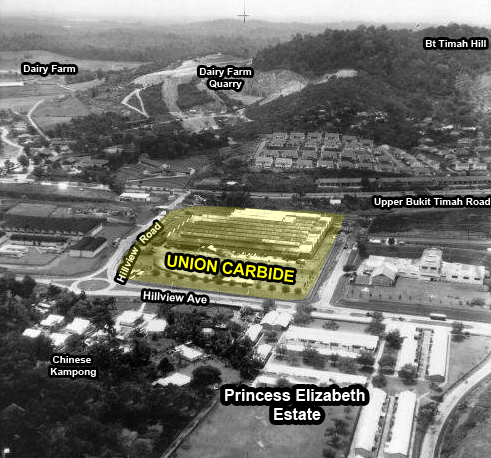 I have been meaning to write an article about the Union Carbide factory ever since I started on this heritage blog as Union Carbide had a very significant connection with so many residents at Princess Elizabeth Estate. I have not done this till now for several reasons.

Firstly, I did not have a photograph of the factory.
I asked almost everyone I knew who had some connection but the result was still zero. So I ended up having to use the low resolution aerial picture above.

Secondly, because of this close connection with so many ex-residents, I wanted to make sure that I had the facts correct. Alas, even this was difficult as many ex-residents are no longer around and those that are had very little memory left of it. Strange to say, both my parents worked at Union Carbide, but my mom who is still living, can't remember much as well.

The Union Carbide factory was built in 1947 immediately after WWII and was originally call the National Carbon (Eastern) Ltd., a subsidiary of the National Carbon of USA. Its main product was the Eveready flashlight batteries and these were made in the then state-of-the-art manufacturing facility at Hillview.

The factory building situated beside the trunk Upper Bukit Timah Road made it one of the most prominent landmarks in this area. There was a 10m tower that had a huge model of the silver Eveready battery on top. This was floodlit at night  and the giant battery could be seen for miles around.

Princess Elizabeth Estate was built about 5 years after the Union Carbide factory begun. The S.I.T. had specified that priority for homes in the new estate would be given to those who worked within the vicinity.
The resourceful management at Union Carbide encouraged its staff to apply for homes at the upcoming estate. The result was that almost twenty percent of all the homes at Princess Elizabeth Estate had someone working for Union Carbide!  Other residents worked at the nearby factories of Malayan Guttas, Hume Industries and Kiwi Polish company. Consequently, the community spirit in the estate became very close knit due to neighbours having known each other before moving in.

Unfortunately. as Singapore's economy grew with trade liberalisation, Union Carbide battery manufacturing became less viable with the introduction of cheaper Japanese made batteries. They even tried getting tariff protection but eventually the Union Carbide battery factory at Hillview was finally shut down in 1985. Today the Hillview Heights condominium complex sits on the former factory site. 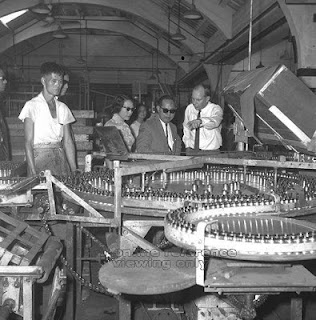 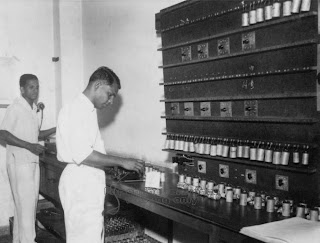 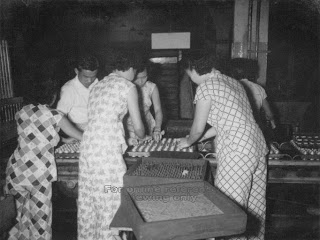 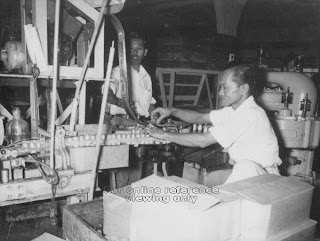 Here is a photo, courtesy of Bro Roger from Boy's Town, showing the location of Union Carbide with its prominent battery tower. 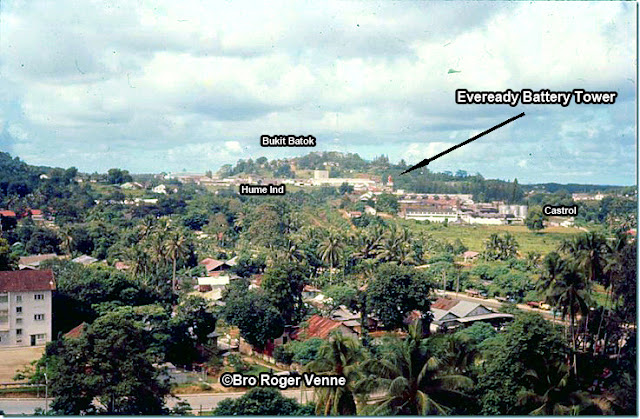